I think it was Darwin’s embattled past that summoned the curious historian in me… the city has seen some tough times and I wanted to uncover her stories… (rebuilt twice, following the Japanese air raids in WWII and again in 1974 following the devastation of cyclone Tracey on Christmas Eve).

If you Google images of Darwin, you could easily conclude that it’s a beautiful tourist destination with lots on offer, and it is, but more the rough-and-ready style – a young backpackers dream, with lots of bars and a laid back party vibe (not to be compared to, say, Port Douglas!).

As a gateway to Kakadu National Park and also Uluru, many tour companies operate from Darwin so the city is a magnet for travellers. The Stuart Highway also begins in Darwin, ending at Port Augusta at the very bottom of Australia – a road trip I would dearly love to do.

Darwin’s tropical climate means there are two distinct seasons; the wet season and the dry season. Cyclones are a constant threat during the wet season, and Mother Nature provides spectacular lighting shows (would love to see one!) during the monsoonal rains. Tourists flock to town during the dry season when temperatures are more tolerable and the humidity is lower.

It wasn’t until I did the hop-on-hop-off bus ride that I realised how spread out Darwin is, stretching from the popular waterfront precinct over to Cullen Bay and up to Fannie Bay. I wanted to do a walking tour, but unfortunately it wasn’t available (several tours I wanted to do were closed for the wet season – so disappointing).

I stayed at the Darwin Central Hotel on my first night, a great place to get your bearings as it’s right in the middle of town. I did a fantastic 3 day tour to Kakadu then had 2 days to explore Darwin.

Exploring ‘the mall’ didn’t take long, a ramshackle mix of shops catering for the high end tourist (from the cruise ships), as well as $2 shops and a few clothing stores. One of my favourites was the Aboriginal art gallery; I adore the colours, dots and swirls in these paintings and spent a good while appreciating them all.

I took a stroll around the open green space at the waterfront precinct, but was left disappointed by the food offerings on Stokes Hill Wharf (more food hall than foodie heaven). Being home to a fleet of fishing boats I wanted to try the local seafood, but when I asked about prawns at the fish and chip shop they told me they were frozen and imported – unbelievable!

I found a raw food café called Rawgasm and enjoyed a lovely breakfast there. I also eyeballed a funky looking café called The Pearl (said to be one of the best places in town for coffee), but never quite made it there (very popular and bookings required). I think my favourite was a simple pub meal – a surprisingly good salad and a cold beer for $15, watching the world go by, not bad at all.

I visited the Museum to see the Cyclone Tracy Exhibit and was fascinated by the old black and white photos showing the city after the cyclone had ripped through (killing 66 people and making 48,000 people homeless). ABC documentary footage offered poignant insight into how the locals were feeling before and after the cyclone. And I locked myself in a blackened room to hear a real recording of the cyclone howling – a chilling sensory experience.

To finish my Darwin visit I went for an evening sail on a 50ft yacht. My friend Anne-Maree (who works FIFO) joined me and we enjoyed nibbles and endless glasses of bubbly on the deck as the sun went down (Darwin is famous for its spectacular sunsets).

I left Darwin knowing there’s lots more to discover, but here are my favourite 5 things from my visit:

There simply wasn’t time to see everything on my list (and many tour operators were closed for the wet season), so what’s on my list for next time? The Deckchair cinema, Mindil Beach Sunset Markets and the Bombing of Darwin Heritage Tour – plenty of reasons to return!

**Travel tip: Visit Darwin at the beginning of the dry season (May), before the surge of tourists arrive…that way all the tour operators are fresh, keen and happy to see you!

Have you been to Darwin? What else would you recommend??

Are you a food tourist? Then you’re in the right place…welcome to my blog 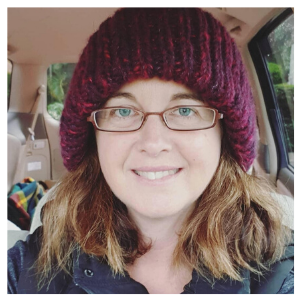 I'm Shannon, a not-so-flightless Kiwi, living in Australia. I'm busy makin memories... and doing my bit for regional food tourism. Last year I converted a Toyota Estima for a taste of vanlife (I call her Geisha). I share my adventures and the special moments I capture with my camera. And I host most excellent gatherings for fabulous ladies who like to wine and dine. Make yourself comfortable and have a read... Eat Well Travel Often my friend Read more

Ask the virtual postman to send you my newsletter so you don’t miss a thing!

How does traditional Italian #pizza cooked for you

A cracking morning on the #GoldCoast. So lucky to

Went to a fabulous long lunch today, hosted by @qt

Cheers to Friyay! With a delicious #ginfizz at @ba

You can drive onto the beach here at #sellicksbeac

Not Italy! Called on a few wineries today... whe