Since travelling to the Bunya Mountains last year I’ve become smitten with the bunya tree and its giant dinosaur pine cones.  These noble and ancient trees have a fascinating story which I feel compelled to share…

The Bunya Mountains are home to the largest remaining stand of bunya pines in the world. Once upon a time, this Queensland native was widespread, but now there are just a few pockets left.

They say bunya pines can live for around 600 years. Growing up to 50m tall, their distinctive dome-shaped crowns stand high above the forest canopy where their giant pine cones thud to the ground each year.

Long revered and used by Aboriginal people, the trees were not discovered by non-aboriginal people until 1838, when Andrew Petrie noted they were growing around the Sunshine Coast hinterland.

The bunya pine is considered a sacred tree by many Aboriginal people – some consider it to be their ‘Mother Spirit’ or totem. The edible nuts of the bunya pine were, and remain, a ceremonial food of great significance. Juicy young bunya nuts were eaten raw and mature nuts were roasted on campfires.

Bunya Pines fruit from mid-summer through to early autumn and produce bumper nut crops about every 3 years (locals tell me that because of the warmer weather in recent years (climate change) the big harvest is now stretching out to four years).

Able to predict the bunya nut bounty, the local Murri people invited neighbouring groups to join them for the bunya harvest. For countless generations, large groups of Aboriginal people would travel hundreds of kilometres along traditional pathways to take part in the ‘boyne boyne’ festival, which is today known as the ‘Bunya Festival’.

It’s estimated more than 3000 people travelled to these important cultural gatherings, from as far away as North Queensland and New South Wales. Varying in length from one to three months, the Bunya Festival was a time for initiation, trade, sharing customs, passing down law, stories, duelling, making friends, settling disputes, arranging marriages and dancing.

For the tribal leaders, it would have been like today’s parliament – a chance to meet and discuss what was happening, including changes, concerns and problems. No doubt, the arrival of the first Europeans in other parts of the country would have been discussed here, long before any European even set foot on the Bunya Mountains.

Aboriginal people collected the bunya nuts not only from the forest floor, but also by climbing the giant bunya pines. This was done by the fittest of men, with the assistance of a climbing vine. Once they reached the top, the climbers would knock off the cones with a stick or a small hand-axe and the cones would crash to the ground, where the nuts could then be gathered up.

This is the way it remained for thousands of years.

And the rest is history

By the late 1840’s all of the land around the Bunya Mountains was taken up by large sheep and cattle runs. Around 25 sawmills are believed to have operated on or around the mountains at different times. The loggers felled all the red cedar in the area then turned their focus to silky oak, hoop and bunya pines. (The last sawmill operated on the mountain until 1950, and logging continued in the adjoining state forest until 2012.) 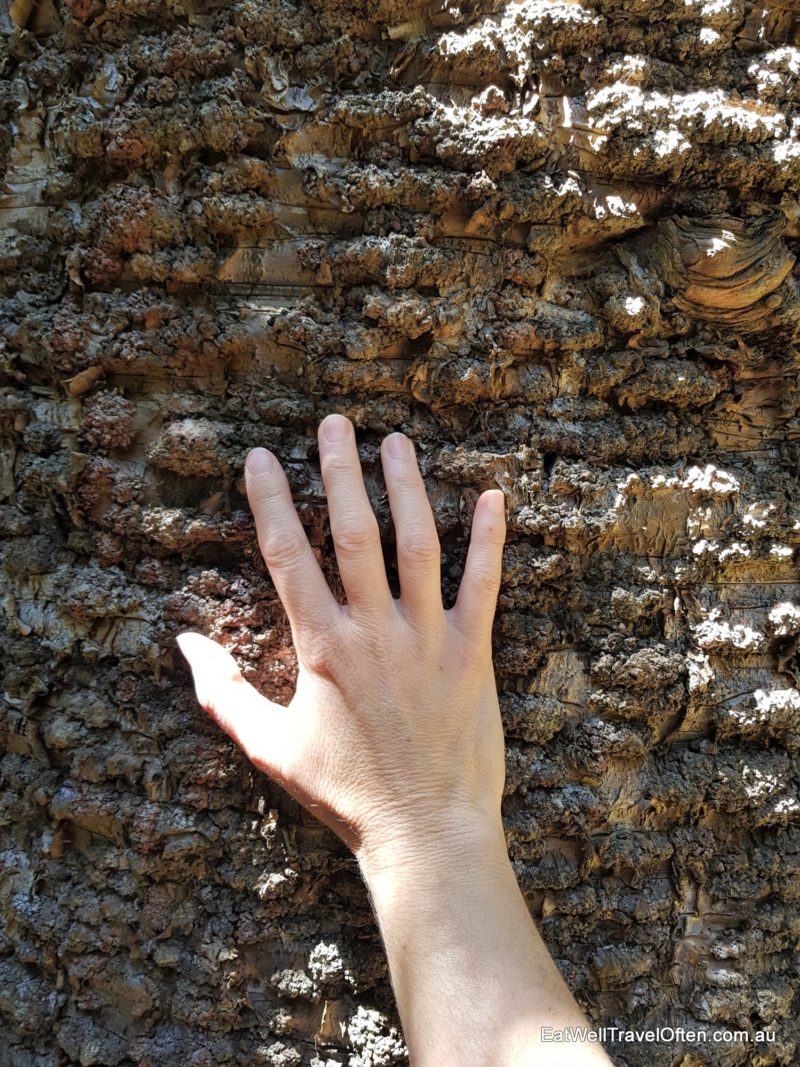 With traditional pathways blocked by European settlement and bunya pines being cut for timber, gathering for festivals soon became impossible. In the late 1800’s the last bunya festival was held in the Bunya Mountains.

But with each season that the bunya nuts fall to the ground, the spirit of the festival lives on. The Bunya traditions have endured; twice a year Elders travel up the Bunya Mountains for a smoke ceremony, and bunya gatherings and festivals still take place in the region.

The mighty bunya pine cone takes about 15 months to ripen. Mature cones are roughly the size of a soccer ball, weigh as much as 10-12 kilograms and contain up to 100 nuts.

From mid-summer through to early autumn, bunya cones break from the upper reaches of the trees and crash down the tree with tremendous noise and force (best not to walk under bunya trees at this time of year, and don’t park your car under them!).

Bunya cones can’t travel very far by themselves, unless they happen to roll downhill. If ripe, the cone falls apart into little fins which contain a seed with a nut inside. Animals readily devour the seeds and move them through the forest. As a result, many of the uneaten seeds are spread far from their parent tree. Uneaten nuts germinate and give the forest its next generation of bunya pines.

Triple the size of a brazil nut, Bunya nuts are starchy, like a chestnut. It takes a lot of physical effort to get to the edible nut, but ground into a flour they can be used in lots of different ways.

Locals who live on the Bunya Mountains collect and harvest the nuts every year (they can only be foraged from private properties, not from the National Park). The older the tree, the more cones it drops – with as many as 80 to 100 hundred nuts inside.

The nuts are encased in a tough wooden shell and are cream in colour (much loved by the sulphur-crested cockatoos). The seeds can be boiled in a large pot or placed into an oven or hot coals for roasting. A big knife or meat clever is needed to crack the husks open. Mitts are also needed as the cones are spikier than a pineapple and when they are cracked open a white milky sap oozes out.

Unlike other nuts, they’re low in fat and high in carbohydrates. They’re also a good source of protein, fibre, magnesium and potassium. Like a cross between a potato and a pine nut, they are fairly bland on their own, but nicely absorb the flavours of the food they are with. They can be stored in their shell in the freezer for as long as a year or two.

My friend Aimee from Primal Influence has cracked the bunya nut! Watch her informative videos and find out how to cook and use bunya nuts

Disclaimer – most of the content in this blog post is gleaned from information boards displayed on walking trails and on the walls of the information centre on the Bunya Mountains. It is shared in the hope that you’ll visit the beautiful bunyas for yourself, and that you’ll come to appreciate these wonderous trees as much as I do. The Bunya Peoples’ Aboriginal Corporation and the Bunya Mountains Murri Rangers work hard to preserve the history, culture and traditions of the mountain for everyone and I acknowledge the original (unknown) researchers and writers.

Remember, everything in Bunya Mountains National Park is protected. Please do not take bunya cones or nuts from the national park. The forest needs them.

Hi I’m Shannon, and this is my blog Eat Well Travel Often. If you enjoyed this post and want to follow my travel and foodie adventures sign up for my newsletter. I post heaps of photos on Instagram, and you’re welcome to pop into my Facebook lounge for a chat about all things travel and food.

Are you a food tourist? Then you’re in the right place…welcome to my blog

I'm Shannon, a not-so-flightless Kiwi, living in Australia. I'm busy makin memories... and doing my bit for regional food tourism. Last year I converted a Toyota Estima for a taste of vanlife (I call her Geisha). I share my adventures and the special moments I capture with my camera. And I host most excellent gatherings for fabulous ladies who like to wine and dine. Make yourself comfortable and have a read... Eat Well Travel Often my friend Read more

Ask the virtual postman to send you my newsletter so you don’t miss a thing!

What better send off for @goldcoastfoodandwinetour

Fishin' by the creek

The colour of that water 😍 #Currumbin

I recently had a chance to learn the ‘secrets of

I fell in love with #MargaretRiver when I spent 10

Not ready to say goodbye to hot cross buns yet...